Diabetic Diet for everyone

The diabetic diet, as its name implies is a diet for controlling diabetes, but it’s also a great way to lose weight, because that’s one of the ways in which it works to help control blood sugar disorders.  In fact it’s a really great way to lose weight and also generally get healthier, while at the same time it re-educates your eating habits.  This is a brilliant diet to follow if your extra pounds have come from eating too much of all the wrong kinds of food. 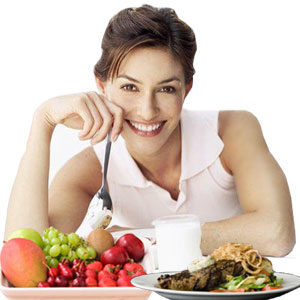 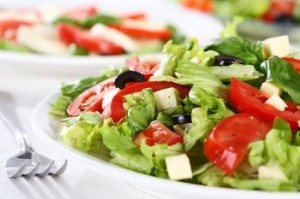 This diet focuses on cutting out of limiting foods or snacks with simple sugars, eating plenty of whole grains, fruits and vegetables, and eating small but frequent meals.  It also requires cutting down on fat and alcohol.

If you want to lose weight and overhaul your eating habits at the same time, the diabetic diet is ideal.  It will re-educate your palette and your digestion to eating lots of raw foods and vegetables which is a great way to improve your health overall.

I’d never thought about using the diabetic diet to lose weight until a friend of mine was diagnosed with type II diabetes.  As part of the treatment for it, his doctor sent him to a nutritional consultant to learn what he should and shouldn’t eat.  When I saw him a couple of weeks after he began his new eating regime he was looking pretty good and he told me he was also feeling great and that he thought the diabetes diet was the reason.  This guy had been quite a lot overweight for years, and I could see then that he was already losing some of that.  Over the next year he continued to lose weight slowly but surely until he was actually slim and looked very fit.  He lost so much weight that eventually he had to start eating more.  He told me then that he’d never felt hungry at all the whole time he was losing weight and that he felt so good on the diabetes diet that he wasn’t tempted to eat anything forbidden.  What was even more incredible was that his diabetes improved so much that he was able to completely stop taking medication.

I was pretty impressed when I saw that, so I thought if he can do it so can I.  I’d been carrying quite a few extra pounds for years and thought it was really time to get rid of them.  I don’t even know how serious I was about the diet, but after a few weeks on it I discovered just how good this kind of controlled eating can make you feel.  My digestion felt better, I stopped feeling bloated at all and I had so much energy I couldn’t believe it.  It only took me about three months to lose the excess weight, but I felt so good by that time that I’ve stayed on the diabetes diet.  I’d really recommend this to anyone who wants to lose weight.